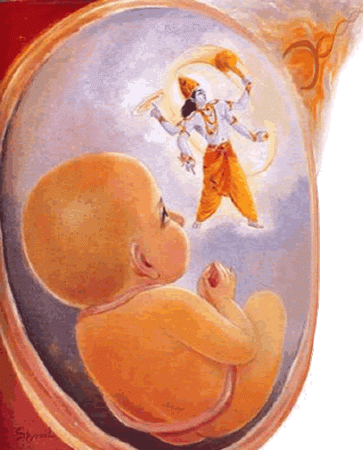 Pareekshit Pareekshit is the King of Hastinapura. One day, he decides to go hunting where he stumbles upon the hut of a sage who has taken a vow of silence. When the sage doesn't speak to him, Pareekshit drops a dead snake on his shoulders! The sage's son decides to curse Pareekshit and claims that the snake Takshaka will kill him within a week. In order to avoid this, Pareekshit builds a palace at the top of a pillar that is surrounded by guards. What Pareekshit doesn't know is that Takshaka can turn into a human form! Pareekshit sends for a brahman priest who has an antidote for Takshaka's poison, but Takshaka assumed his human form and sent the priest away. Takshaka then took form as a worm and snuck into a fruit basket that was being brought to Pareekshit. Once he was alone with the king, he turned into his true form: a giant snake! He bites Pareekshit, causing him to die.  Pareekshit's son, Janamejaya, then becomes king. Janamejaya hates Takshaka and vows to
Post a Comment
Read more 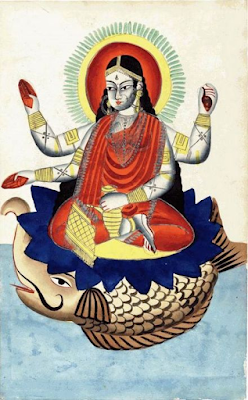 Makara 1. Makara the Mythical Creature Makara is said to be a mythical creature being part crocodile and part dolphin. Makara symbolizes strength, growth, beauty, and pushes us to outgrow fear in facing problems. Perhaps this is why Makara allows Ganga, The River Goddess,  to ride upon his back. As she carries the souls of the dead closer to liberation from the cycle of life and death, which requires the most strength, growth, and beauty. Makara gladly is the vehicle for Ganga, and both mythical beings reside together in the river. 2. Makara Carries the Souls Makara obeys Ganga, his goddess. One day, Ganga married a handsome king, Santanu. Makara remained in the river,  waiting for Ganga's return. Many nights later, Ganga returned to Makara carrying a beautiful baby boy. "Take this child to the heavens, Makara. Give his soul strength to carry on." Makara took the baby and brought him to the heavens to be with Indra. Makara did this seven more times for Ganga. When Ganga
1 comment
Read more 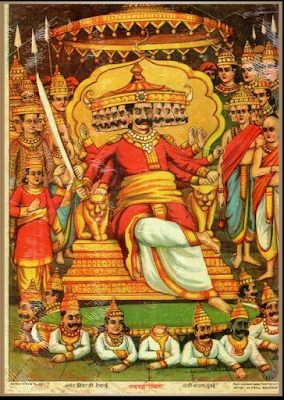 Ravana Ravana Humbled Ravana happens to disturb Mount Kailasa while Shiva, the God of Destruction, and Parvati, the Mother Goddess, are arguing. Shiva presses down harshly with his toe whenever he discovers Ravana and traps him beneath the mountain. Shiva is impressed by Ravana's courage, and gives him the sword Chandrahasa. Ravana travels to the city of Mahishamati where Kartaveerya Arjuna is king (note: not the character in The   Mahabharata  who is also called Arjuna). Arjuna is bathing in the Narmada river. Whenever he is provoked by his wives, he uses his arms to block the flow of the river.  Ravana, meanwhile, is worshiping a Shiva linga, but whenever Arjuna blocks the flow of the river, the flood of waters washes it away. Ravana, who is angered by this, challenges Arjuna to a fight, and Arjuna wins. Ravana's grandfather, Pulastya, begs Arjuna to set Ravana free. Arjuna decides to free him and pledges friendship with him. Ravana then travels to Kishkindha. The monkey Va
Post a Comment
Read more 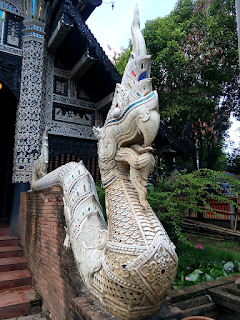 Nagas Kashyapa and Nagas N agas are supernatural serpents that are depicted as either complete serpents, complete humans with multiple snake hoods protruding from the back, or being half-snake and half-human. They are also known to live in an aquatic realm that is filled with treasures. It is also thought that anthills are portals to this world. Nagas are often seen as a symbol of rebirth, death, fertility, immortality, medicine, health and wealth due to their mystical powers. According to The Mahabharata , rishi Kashyap and Kadru are the parents of all nagas. Shesha was the eldest, and then came Vasuki, Manasa, and many more. Kashyapa had another wife, who was also Kadru’s sister, Vinata. She gave birth to Vishnu’s vahana, Garuda, an eagle-human hybrid and he became the arch-nemesis of the nagas since eagles consume snakes. In The Ramayana , Indrajit used the Nagapasha astra on Rama and Lakshmana, which hurled venomous snakes over them. The two fell unconscious and Garuda came to th
Post a Comment
Read more

Growth Mindset: What Makes a Genius? 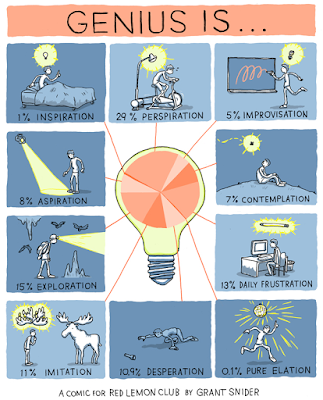 Genius Apparently being a genius is having characteristics that end in -tion. On a more serious note, I believe that this cartoon is showing that a genius is not just someone who has intelligence. It shows that being a genius involves hope, imitating other ideas to learn, exploring new ideas, going through ideas even when it is frustrating, working hard, as well as other important aspects. The idea of someone being a genius is typically revered as someone who is insanely smart. However, even Einstein had to go through frustration and more than likely ended up at dead ends during his research. Often times, we ignore all of the work leading up to the end result and believe that if he could do it, we should be able to do it just as easily! However, the process is not easy at all. It takes all of these characteristics to be what this cartoon calls a genius. I actually completely agree with this cartoon. The pure elation for sure is right on point, as the process of creating a grand idea
Post a Comment
Read more 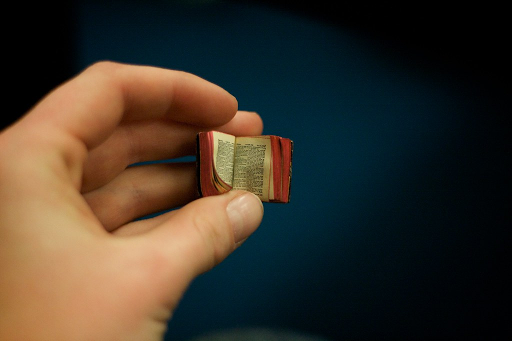 Learning about Microfiction Tiny Book 1) Tiny Tales I read the Tiny Tales about Aesop's Fables. I really enjoyed reading these because they were so short and to the point! I found that although there was not a surplus of details, there were still plenty of aspects about the stories that kept my interest while reading them. I think I would definitely find these interesting to try and write. 2) Tiny Love Stories Wow. The amount of emotion and importance that came from these stories is astonishing. I was astounded by how much I loved reading these and how much my heart reached out to the couples in the stories. I think I would enjoy reading many more of these. Perhaps I could try to write one of my own now that I am married myself. 3) Hint Stories I could never imagine a story with less than 25 words! I love that the point of these stories is that it forces the reader to imagine what went on in the gaps that are presented. Thus, there will probably never be the same story "writte
Post a Comment
Read more 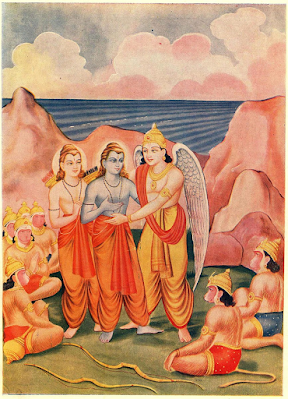 Garuda Garuda is a divine being whose features are a mixture of an eagle and a human. Garuda is actually mentioned in The Ramayana, as he helps Rama and Lakshmana from the Nagaastra during the Ramayana War. He is also the brother of Aruna, who is known as the charioteer of the sun. Garuda's sworn enemy are the Nagas, who are also his half-brothers. Garuda freed his mother from slavery by stealing the pot of nectar from Indra. The Garuda Purana is believed to be a narration by Vishnu to Garuda who is also Vishnu's Vahana. This is particularly interesting to me, as my storybook is about vahanas! It is interesting that Garuda is a vahana since he has so many characteristics of a human. As Garuda is a Vishnu's vahana, he is mentioned in various Puranas and the epics. Bibliography:  “Who Is Garuda?: Amar Chitra Katha.” Amar Chitra Katha | , 3 Nov. 2020, www.amarchitrakatha.com/mythologies/who-is-garuda/.
Post a Comment
Read more
More posts

Ashley Irby
I am a senior graduating Fall 2021. I plan on going to medical school Fall of 2022. I enjoy going out in nature and being a couch potato! I am also currently doing genetics research this semester.